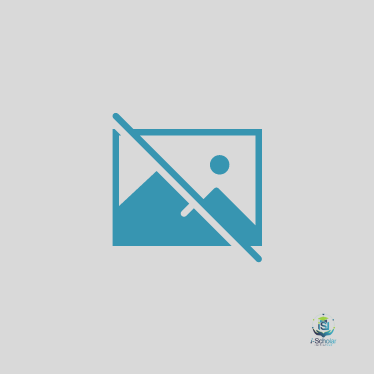 I officially launched my graduate school pursuit on the 4th of August 2019 when I came across the life-changing post “a call for applications” on one of the scholarship platforms I belong to. Then, the whole idea of having someone pay for my GRE test was a completely strange one, I couldn’t imagine someone who is not a family, someone who I have not met before to underwrite my bills. I starred the message, and embarked on a quick background check on the individuals involved, and I found out that they were very reputable personalities from various works of life, “anyways, what do I have to lose”?

I began gathering the requisite documents (Recommendation Letter, Statement of Purpose, and Transcripts) and on the 30th of August 2019 I sent my application. This application was the start of what I consider a “Butterfly Effect” in my graduate school journey.

At exactly 00:01hrs on the 7th day of September 2019, I received a congratulatory mail from Mr. Victor Ogunmola, I have been selected for the award. A whopping sum of 220USD for the GRE exam and about 70USD for test materials. As a serving corper in Plateau State earning less than 50USD/month, this mail was a message of “hope”.

I started preparation for the GRE test, while ISI gradually unfolded the entire package of the award, it was not just the finances, there was advisory, networking, mentorship and much more. Few weeks after the initial GRE fee and prep material award, I was awarded another 195USD for the Toefl test!! “Euphoria” is an understatement of the feeling this news brought!!

On the 11th and 22nd day of November 2019 respectively, I wrote the GRE and Toefl tests, and then entered the school search and application phase of the journey. My GRE test and applications came with very unique challenges:
There were no ETS test centers in Plateau state as a whole.
I remember the several unproductive trips from Jos to the Immigration office in Abuja before I could get an international passport.
I remember the tons of rejection letters after rejection letters dropping in my mail almost every week.
But in all, the struggle was crowned with success. It gives me great joy to announce to the i-Scholar community that I hold fully funded admissions to four (4) highly ranked Universities in the United States, one of which is a Ph.D. admission to the Systems Engineering department at Cornell University, an Ivy League.

I am grateful to the almighty God, our magnanimous sponsors and the initiators of this great program, the “i-Scholars Initiative”; your benevolence, dedication, and commitment to the success of our younger generation of Nigerian scholars is the beginning of a positive change that would have a tremendous global impact. I look forward to a successful 2nd edition.

To our ever supportive sponsors, you are our backbone, the i-scholar dream is a reality today because of you all. Thank you!

I want to say a big thank you to Dr. Femi Akanbi, he has not only been my advisor but also a major source of encouragement. He has always been there from the GRE registration phase, judiciously guiding my school choices, analyzing emails, setting up meetings, and most importantly encouraging me through the low times of rejections. Thank you sir!

Special thanks to Mr. Victor, a man of great courage whose magnanimity knows no bounds, I have seen him reach out to well-meaning individuals in his network to source fund to support more scholars who did not make it to the first list of selected applicants, this effort brought the total number of sponsored scholars in the first edition of the program to twenty (20). God bless you sir!

God Bless you all! Thank you!